The core of our solutions for signal transmission are our Remote-MACPHY systems compatible up to DOCSIS 3.1. They provide an enormous increase in power of coaxial networks, allowing flexible configuration of the architecture by virtue of the Distributed CCAP approach.

When equipped with Remote-MACPHY, all key functions are no longer located in the headend, but directly in the access node, that means in a highly integrated platform. Our solutions can be adapted precisely to the customer‘s requirements with regards to the spectrum of up to 1218 MHz, data rates, channel assignments and the number of users. Apart from that they are also scalable to future applications. Once implemented, your devices can be controlled according to your individual requirements – via a user-friendly web interface, SNMP or locally on site. 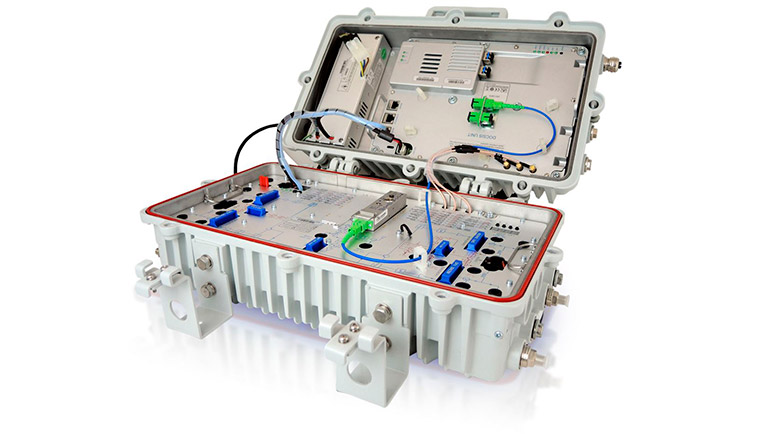 The Distributed-CCAP-Node can replace existing analogue-optical nodes, because an analogue Fibre-Node is integrated for reconversion of TV signals (RF-Overlay) into electrical signals. The Remote-MACPHY node supports all major DOCSIS standards and can be operated with classic central CMTS units as well as with Remote-PHY in the same network. Between the CCAP nodes and the headend station, digital-optical or alternatively electrical 10G connections can be used for the IP / Internet signals.

With fully digital control, where the TV signals are also fed to the node via the 10G uplink in the form of IP data streams (MPTS or SPTS), the CCAP node takes over the generation of the entire RF spectrum for TV, radio, Internet and telephony:

The proportion of the analogue transmission path is minimised, thus maximising the signal-to-noise ratio of the signals. The higher signal quality enables higher QAM modulations in the networks, which ultimately enable significantly higher transmission speeds for the user.

What are the advantages? Compelling!

And what about flexibility? High!

And the running costs? Low! 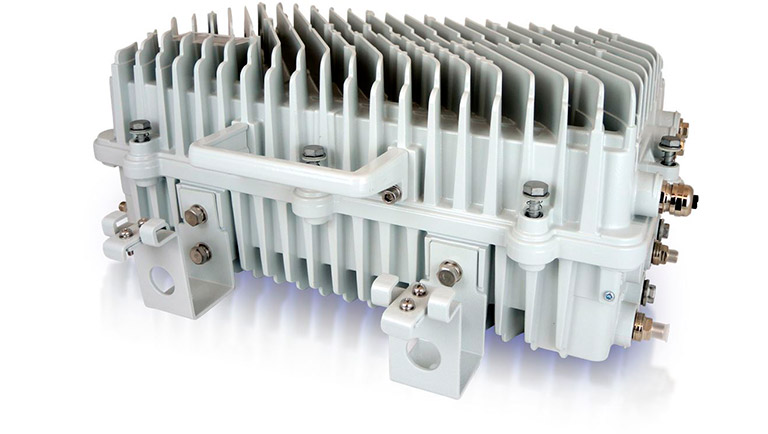 The DEV 6871 Distributed CCAP Node is a powerful and cost-effective cable network edge device developed based on CableLabs’ DOCSIS 3.1 standards and compatible with DOCSIS 3.0, 2.0, C and Euro-DOCSIS. It supports Distributed Access Architecture (DAA) and can be remotely controlled. With DOCSIS, PacketCable/PCMM EQAM and optical receiver, it is suitable for all applications including Internet, voice, VOD and CATV. Its modular structure allows the node to be modified according to customer requirements.

The device is also available in an indoor version:

The Distributed-CCAP DOCSIS 3.1 Indoor Node DEV 6811 is a powerful and cost-efficient cable network edge device developed on the basis of the CableLabs’ DOCSIS 3.1 standards and is compatible with DOCSIS 3.0, 2.0, C and Euro-DOCSIS. It supports Distributed Access Architecture (DAA) and can be remotely controlled. With DOCSIS and PacketCable/PCMM EQAM it is suitable for all applications including Internet, voice, VOD and CATV. The Distributed-CCAP DOCSIS 3.1 Indoor Node is supplied in 19″ (1U) design. 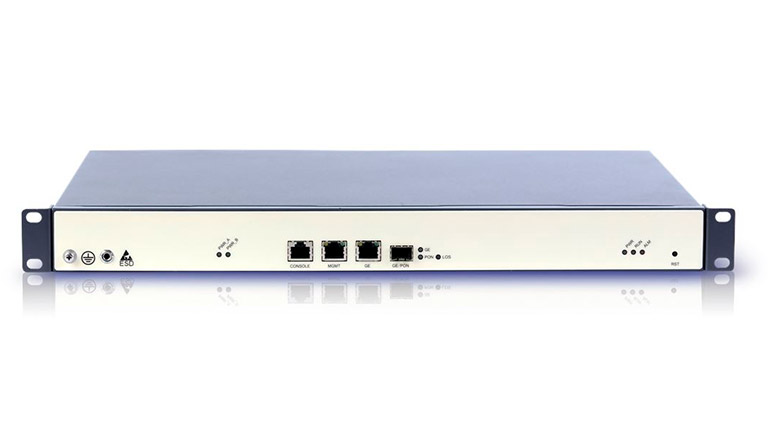